Rebus is a puzzle in which a word is encrypted using pictures, letters and symbols. The word "rebus" itself has a Latin origin, but rebuses as a riddle originated in France in the 15th century.
Download APK
4.7/5 Votes: 171
Report
Developer
Jigsaw Best GamesVersion
0.0.1
Updated
November 4, 2019Requirements
4.4 and up
Size
18MGet it on

Rebus is a puzzle in which a word is encrypted using pictures, letters and symbols. The word “rebus” itself has a Latin origin, but rebuses as a riddle originated in France in the 15th century.

What is interesting in the game:
• Puzzles for adults;
• Many interesting puzzles;
• Remuneration for guessed rebuses;
• Ability to use a hint;
• Pleasant music.

“Rebuses” is a game in which a lot of interesting and fascinating puzzles composed of pictures and other symbols are collected. The game has both simpler and very complex tasks. And so that, despite the complexity, guessing the puzzles does not cause complexity, you need to know the rules for solving them:

• Rebus is read from left to right, and in rare cases from top to bottom;

• The hidden word must be a noun in the singular and in the nominative case;

• The image of an object turned upside down must be read backwards;

• The letters before or after the picture are simply added to the name of the item;

• Commas before or after the picture mean that you need to remove as many letters at the beginning or end of the word as the number of commas drawn in the name of the painted object;

• The arrow above the picture from right to left shows that the word that is encrypted in the picture needs to be read backwards;

• Strikethrough letters that stand apart from the picture are read with the addition of a “not” particle;

• The sign of the fraction is solved as “on”;

• A letter in a letter, a letter beneath or above another letter, a letter from other letters and other combinations of letters mean the presence of a preposition or conjunction “and”, “b”, “k”, “y”, “s”, “for”, “ from ”,“ on ”,“ by ”,“ before ”and others that describe the relationship of letters to each other.

For each guessed rebus in the game points are given. Earned points will come in handy if you can’t solve the encrypted word. For a certain number of points you can:

– open the first letter of the word,
– open all the letters of the word that will be out of order,
– skip the rebus, with the ability to return to it later.

“Rebuses” is an excellent intellectual workout that improves memory and develops logical thinking. 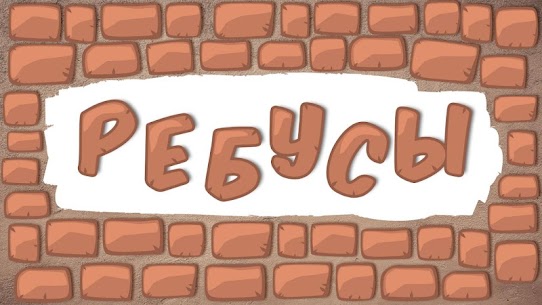 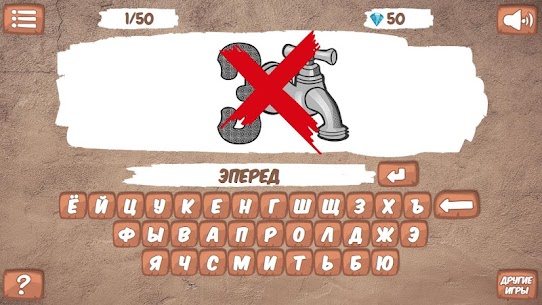 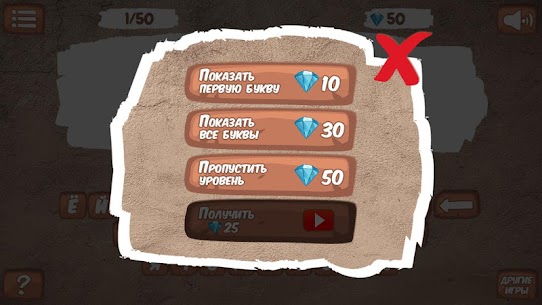 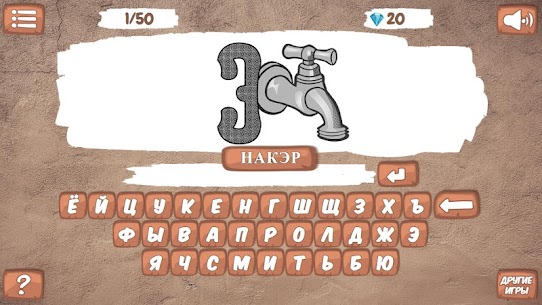 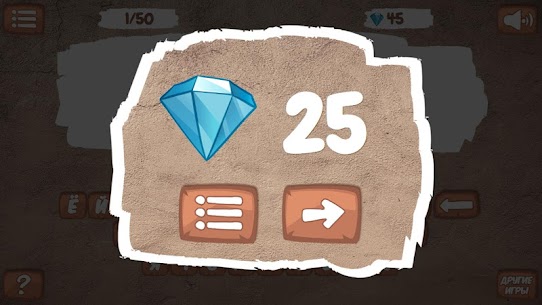 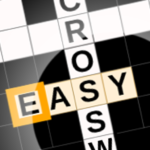 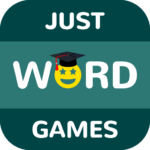