Warhammer: Chaos & Conquest is an MMO strategy & PVP game based in the age and the realm of Warhammer online universe of Games Workshop. Upgrade your citadel, build your army, command it to slay enemies, create an alliance, and become a total overlord at war! Make both order and chaos - Conquer with battles and claim your throne!
Download APK
4.2/5 Votes: 26,576
Report
Developer
Tilting PointUpdated
November 12, 2020Size
118MVersion
1.20.89Requirements
4.4 and upGet it on

Warhammer: Chaos & Conquest is an MMO strategy & PVP game based in the age and the realm of Warhammer online universe of Games Workshop. Upgrade your citadel, build your army, command it to slay enemies, create an alliance, and become a total overlord at war! Make both order and chaos – Conquer with battles and claim your throne!

Play in a massively multiplayer and real time strategy game with others around the world, join them in an alliance or make them your rivals at war, and prove your worth to Chaos Gods, prove that you are worth to be the legion war master!

Defend and upgrade your citadel, join epic fantasy battles! Upgrade your citadel buildings and defense, build a powerful army, command attacks to the chaos legion. You can conquer the Old World with battles – Win the fantasy war!

Immerse yourself in the classic lore of Warhammer fantasy battles. Build your army, upgrade your citadel, gain honor amongst your alliance and enemies, upgrade chaos champions, and start the Old World conquest! Experience the excitement of this real time strategy MMO – Spread Chaos across the Old World!

– Collect warlords – Over 20 Daemons of Chaos and 10 warriors of Chaos are there to collect! They make chaos armies more powerful and harmful.

– Design your troops – Upgrade Warlords, chaos champions, with a great assortment of equipment, vanquish and champion skills – Build a diverse and deadly army! Research skills to expand your military!

– Create alliances – Find true allies and join forces to take over major landmarks in the Old World! Work together with your alliance to speed up both yours and their constructions and receive additional spoils from battles. With an alliance, you will be able to defend your citadel easier by receiving troops from your allies to assist in your defense.

– Chaos Gods – Devote yourself to different Chaos Gods such as Khorne, Nurgle, Tzeentch, and Slaanesh. Boost your attack and defense with Battle and Defensive Rituals. Pledge your alliance to them and bring the chaos they desire to the Old World!

– Side quest & Special events – Involve yourself in thrilling side quests and events to conquer other chaos armies. Slay enemies such as greenskins, beastmen, and dwarfs! Start the Old World conquest!

– Warhammer universe fidelity – In the conquest of champions, you will explore iconic locations such as Chaos Wastes, Norsca, Troll Country, and Empire of Man. Meet iconic creatures such as Chaos Spawns, Slaughter Brutes, Dragon Ogres, and Mutalith Vortex Beasts.

– World chat for discussing battle results with your enemies and creating alliances with other players!

– Daily challenges – Complete them and get guaranteed rewards & bonuses based on leaderboards!

Attack your adversaries for the glory of Chaos! Vanquish roaming beasts.

Get engaged in the realm battle and feel the taste of the real time strategy MMO experience! Experience order and chaos, start your world conquest – The conquest of champions. Show that you are worth to be the chaos legion master and win this fantasy war in this Warhammer online adventure!

Are you going to let some inferior chaos champions claim the empire? Altdorf will be yours, but you must fight for it – Conquer with battles! Command a horde as a chaos legion master – Become an overlord in Warhammer: Chaos & Conquest, MMO strategy game!

Download Warhammer: Chaos & Conquest and take part in the epic fantasy battles. Slay enemies with the chaos legion and become the Everchosen! Have a taste of Games Workshop universe!

In this update, we’re introducing the first Campaign Expansion: The Invasion of Ulthuan. Leave the ‘Old World’ and journey to the lands of Ulthuan via a new Chaos Port in Norsca! Introducing a new Live event - The Hosts of Hoeth, where players battle powerful Elven Swordmasters. We also have a new season Warpfire Dragon joining the game in the Warpfire Ruination Event, this army event includes rank 25 enemies. We have a lot more on the horizon! Join the battle today mighty Lord. 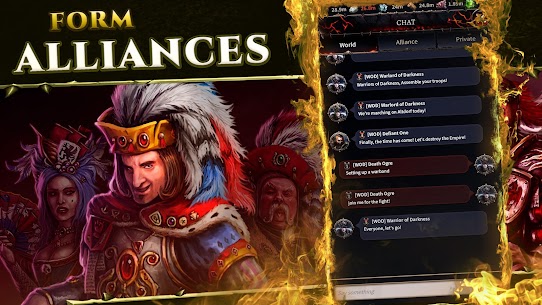 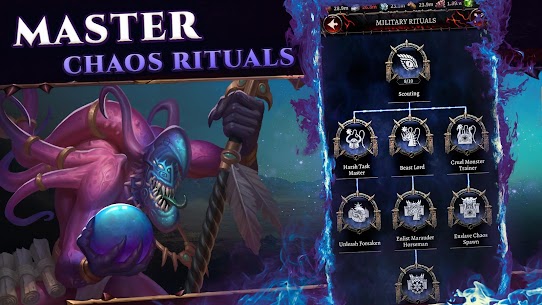 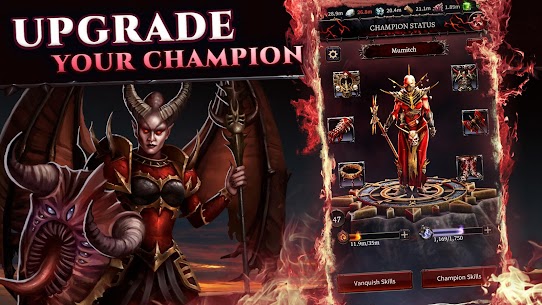 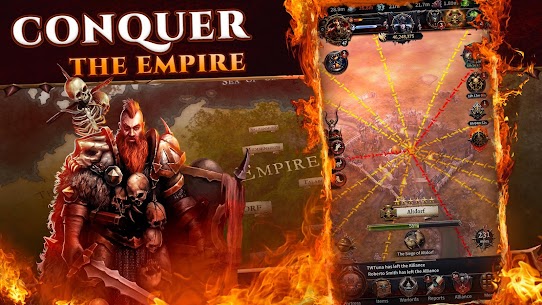 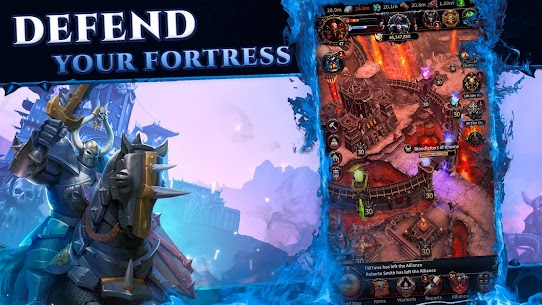